Cryptocurrency Gains and the IRS

While one particular company, Coinbase Inc., is challenging the authority of the IRS to investigate such gains, it doesn’t appear that a federal judge hearing the case is sympathetic to the company’s complaints. This judge felt the IRS has a legitimate interest in investigating whether individuals are making money off of “bitcoin purchases.” The judge stated: “I have to give tremendous discretion to the agency as to how they investigate.”

The reason why Coinbase and others in the bitcoin industry are challenging the IRS is out of concerns that the IRS is conducting a large fishing expedition. They say that the IRS requests for such information ultimately could violate the privacy of individual taxpayers.

The IRS, on the other hand, states that access to such information is necessary. They claim that Coinbase users use virtual currencies to avoid paying taxes.

Whatever the legal arguments, this ruling does indicate that certain Coinbase users could expect to see a tax audit. No one willingly wants to go through the audit process. For a Michigan taxpayer, an audit can mean penalties and even criminal charges.

What should a taxpayer do?

As most taxpayers are unlikely familiar with the requirements concerning cryptocurrency gains, it may be beneficial for them to speak with an experienced attorney to make certain they are not in danger of an investigation or audit. 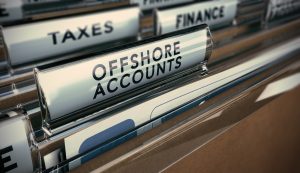 Top 7 Reasons Why You Should Consider Offshore Banking

In Trouble With The IRS? How To Get The IRS Off Your Back

Financial Aid for Taxes (Is It Possible And What It Means)