What Happened to the Health Insurance Penalty in 2019?

2019 will be the first tax year in almost a decade without an individual mandate on health insurance.

With 27.4 million Americans currently uninsured, it is best to know about the current tax laws.

The IRS tax codes can be tricky, and a lot of Americans don’t know about the health insurance penalty they can face when tax time arrives.

Luckily, we can make it simple. Here’s what you need to know about the individual mandate for 2019.

What Was the Health Insurance Penalty?

Part of the act involved an individual mandate, essentially a penalty that you pay in your taxes for not having health insurance.

The penalty was $59 for every month that you went uninsured in the previous tax year, amounting to a $708 penalty for a full year without insurance.

Why the Federal Government Had a Penalty

The individual mandate was incorporated into the law because of a problem in the private health care industry. The problem was that the older demographic was the only one buying health insurance.

Health care for somebody over the age of 50 is likely to be more expensive than somebody who is under 30. The problem that came up was that the cost of insurance premiums was rising so quickly because the insurance industry couldn’t make a profit.

This is because, while insurance companies would lose money on older patients, the young population would be able to front the cost.

President Obama was very determined in his early years in office to lower the rate of uninsured citizens.

His administration saw it as a top priority upon understanding that there were 48.6 million Americans who went without health insurance at the time.

The ACA was an attempt to bridge that gap, and over the course of a few years, there were 20.5 million more Americans with health insurance.

Where Did It Go?

During the 2016 election, health care was a major issue for both major parties. The Republican Party did not like the ACA, as the premiums continued to rise.

President Trump, with the help of House and Senate Republicans, sought to repeal and replace the ACA.

Once the bill, known as the American Health Care Act, failed to pass along with other legislation, the Republicans took on a different tactic.

While they were unable to repeal the ACA, they formed a new tax proposal that got rid of the individual mandate.

Politics aside, what does this mean for your taxes?

What This Means for You

If you are currently uninsured, you will not receive a federal tax penalty for the 2019 fiscal year. After the repeal of the individual mandate, you could save $708 from your tax return this year.

Do I Still Need Health Insurance?

Also, even though the individual mandate is no longer in play, there are still tax benefits to having health insurance.

On top of removing the penalty, there are certain circumstances that will allow you to write off your insurance and health care costs.

If you have health insurance premiums and/or medical fees that surpass 7.5% of your gross income, you will be eligible to write that off on your taxes.

If you buy health insurance through the state or federally-run health insurance marketplaces, you can deduct only the portion of the premium you pay out of your own pocket. You cannot deduct the amount of any subsidy.

If your health insurance premiums are paid entirely by your employer or the government, you cannot deduct the cost.

With this in mind, you can find out how much you owe the IRS. Be sure to include these write-offs if they are relevant to you.

However, while this is the case for federal taxes, it can still vary by state.

Do States Have Health Insurance Penalties?

Yes, but it varies by state. You should be aware of your state laws on health insurance, especially if you live in the North East.

There are only a few states with individual mandates, and a few are still working on legislation to enact one.

Massachusetts has had its own individual mandate since 2006 for most individuals over the age of 18, with a few exceptions including overpriced premiums and religious beliefs.

New Jersey and Washington D.C. signed laws that became effective on January 1st, 2019 for their own tax penalties for uninsured individuals.

The Governor from Vermont signed a bill in June of 2018 for every person in the state to get covered by 2020.

Lawmakers from Hawaii and Maryland are currently deciding on a proposal for a state mandate after the federal repeal.

If you live in these states and you are uninsured, find out what their penalties are before you owe money at the end of the year.

What if I Can’t Afford Health Insurance?

If you can’t afford your employer’s health insurance or your own policy, find out if you qualify for Federal subsidies.

Certain states will also offer state-run health insurance, so be sure to find out if you can afford one of the plans. Remember, even if there is no individual mandate, it can still offer tax benefits and keep you covered.

With no federal health insurance penalty, you will not have to pay the IRS a fine at the end of the year.

Having health insurance is important, but if you choose not to have coverage, rest assured that there won’t be any IRS consequences in 2020.

If you have any questions about taxes, or you need representation, consult with one of our professional tax lawyers today. 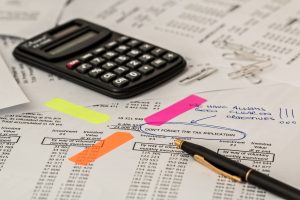 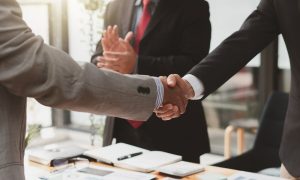 What Is Innocent Spouse Relief?

A Complete Breakdown of the IRS 2021 Tax Tables

The Effects the 2020 Election Could Have on Your Future Taxes