[UPDATE: This article has been revised to reflect the changes to the tax bill that made it into the final version passed by the House and the Senate. At the time of this update, the only remaining step is that the President must sign the bill, so the changes outlined below will become law soon.]

It might not yet be able to complete your tax return on a postcard, but the proposed changes tax law changes could make filing your 2018 taxes easier in 2019.

In this post, we provide a recap of some of the provisions that are most likely to affect you. The key simplification is to increase the standard deduction, roughly doubling it to $12,000 for individuals and $24,000 for couples. The Senate and House eliminate the individual exemption ($4,050 in 2017) by rolling it into the increased standard deduction.

The new bill maintains a seven-bracket system. Tax brackets from 2018 through 2025 (when the tax cuts will expire for individuals) will be:

The corporate rate decreases to 21 percent. Business will be able to expense the purchase of up to $500,000 of equipment immediately instead of depreciating it over several years. Caps would increase to either $1 million or $5 million as well.

For those who own LLCs or subchapter S corporations, entities with pass-through income to owners, the proposals differ. An owner would pay his or her individual tax rate with a 20 percent deduction (on the first $315,000 of joint income).

Fewer deductions: Both above-the-line and itemized

The legislators go after many of the established deductions of the tax code, pruning them so fewer taxpayers would be eligible. Most above-the-line deductions – the ones you can take regardless of whether your deductions exceed the standard deduction – will be eliminated. Some deductions will remain intact, but we will need to wait until the final bill is signed into law to know exactly which ones, as the inclusion and exclusion of deductions has been one of the most fluid parts of the ongoing tax reform discussion.

The student loan interest deduction was at one point considered for elimination, but it remains in the final bill. Additionally, tuition waivers were considered taxable income in earlier drafts of the bill, but the final version does not count this as taxable income. 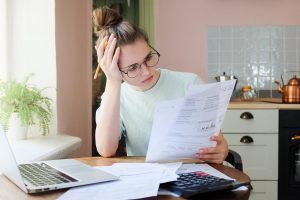 Your Guide to Business Tax Deadlines

Cryptocurrency and Taxes: What You Should Know