Immigration and the Related Tax Issues

Contents -
The Green Card test
What is substantial presence and why does it matter?﻿
Those who do not need to file a tax return﻿
Get Help Now Solve Your IRS Tax Questions

On behalf of Silver Tax Group posted in Tax Audit on Thursday, April 5, 2018.

As we approach the tax filing deadline of April 17 in 2018, it is crucial to determine whether you must file as an immigrant. Permanent residents/green card holders must file a U.S. tax return.

For those who have filed for refugee status and are awaiting a decision or have been granted asylum or withholding/cancellation of removal, it is usually necessary to file a tax return. If you are due a refund and miss the filing deadline there is no penalty for a late filing. When a balance is due, however, the penalty is 5 percent of the balance for each month late.

If you received a green card at any point in 2017 (even late December), you are a resident for IRS tax purposes. This means you must file a 2017 U.S. tax return. And the U.S. is rather unique in that it taxes income regardless of where earned.

This means you might have to file a FBAR (FinCEN Form 114) disclosing foreign accounts that contain more than $10,000 or equivalent assets. In some cases, you may also need to file Form 8938 based on the value of foreign financial accounts and your filing status.

Failing to file or pay taxes could also put your chances at naturalizing in jeopardy. Don’t let unfiled returns limit your future options.

What is substantial presence and why does it matter?﻿

Those who do not need to file a tax return﻿

Some non-immigrant visa holders may not have to file including:

Days in the country on these visas would not could toward the “substantial presence” test.

Immigration status can make tax time more complicated. When you have questions, get answers from a seasoned tax professional to avoid later issues.

Do Foreigners Pay Taxes? Your Guide to Taxes as a Nonresident 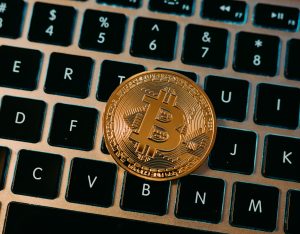