On behalf of Silver Tax Group posted in Tax Crimes.

Whistleblowers receive financial awards for reporting on alleged violations of the federal tax code. This may be good news to whistleblowers, but it can be bad news for those wrongly accused of tax evasion.

In 2016, whistleblowers received $61 million for providing information to tax authorities. There were 418 awards the IRS provided in 2016, and this was a 322 percent increase from 2015. Such tips reportedly have helped the IRS collect $3.4 billion in revenue over the last nine years.

The IRS Whistleblower Office director states that the agency implemented a streamlined process that allows for them to process whistleblower claims at a faster pace. During the past, a large number of whistleblowers had to wait a significant time for these awards, and often there was a rejection of such whistleblower claims. This new process apparently has greatly eliminated any backlog in claims.

Unfortunately, such tips are likely to generate action against individuals that may not be guilty of any wrongdoing. This could be especially true when there is less rejection of whistleblower claims to begin with. It could even provide the IRS the opportunity to pursue claims they would previously have ignored.

If you are on the wrong end of such a tip you may be subject to an audit. That could at least mean an extensive examination of your tax records going back a significant number of years. Should a determination of wrongdoing arise, you could face fines and jail time.

The whistleblower program is just one example of tools the IRS has at its disposal to investigate tax claims. Yet simply because there is a claim of wrongdoing does not mean that such wrongdoing actually took place. You do have a right to defend yourself against claims of tax fraud or tax evasion. And you do have the right to have experienced legal counsel on your side when allegations arise.

The Full Guide to Understanding a Tax Levy 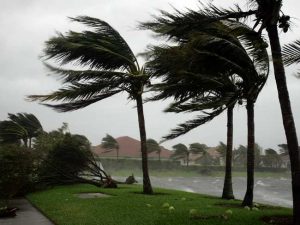 Financial Aid for Taxes (Is It Possible And What It Means)