Challenges Regarding the New Tax Law for the Self-employed

Small businesses appear underprepared for changes concerning the new tax overhaul. One survey suggests that the vast majority of business owners have little idea what the Tax Cuts and Jobs Act mean to them.

Many business owners complain about a lack of information regarding changes. They feel the government did not prepare them for the new act. They also expressed concerns that tax preparation would become more difficult due to changes.

The need to seek help regarding tax preparation and information

While not always seeking professional assistance regarding the new tax law, it is surprising to hear how many businesses feel unprepared for the changes. This is surprising because the claimed intent of the act is to help citizens reinvest money into their businesses.

A spokesperson for the National Association for the Self-Employed (NASE) stated: “The tax reform package signed into law last year is based on Americans reinvesting savings back into their business operations and helping to spur overall economic growth.” This spokesperson expressed concerns that the lack of understanding of the new tax law by small businesses could ultimately end up defeating this goal.

Finding rewards concerning the act could prove challenging for many small business owners. For example, not all those running sole proprietorships and partnerships may receive the pass-through deductions highlighted in the Tax Cuts and Jobs Act. In fact, this benefit may mostly benefit those receiving incomes in excess of $500,000.

The impact of tax reform upon the self-employed﻿

Many self-employed workers have concerns that the tax reform will actually result in them paying more taxes. These workers also voiced concerns that they are behind on taxes already, and they are not looking forward to additional complications.

What You Need to Know About Tax Attorneys

Tax Fraud: What’s A Felony And What’s Not 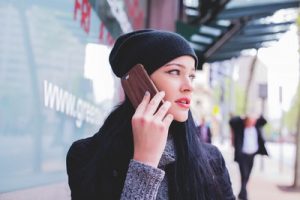 Reporting Scams to IRS: What to Do When You Get a Scam Call