On behalf of Silver Tax Group posted in Identity Theft on Monday, April 10, 2017.

The IRS is hoping to create a number of strategies that will prevent identity theft as related to tax fraud from occurring. One such strategy is check the IP addresses of the computers filing the returns. In the event the same computer is responsible for multiple returns, there is a greater chance that returns generated are fraudulent.

The process of refund

Unfortunately, for victims of such theft there could be a significant delay in receiving a tax refund. For every Social Security number tagged by the IRS in a tax fraud scheme, there will be an investigation. Any victim of identity theft hoping for a refund will have to wait for resolution of this investigation.

Estimates on how long such investigations will take vary. The IRS generally informs taxpayers that the investigation should take 180 days or less. The Office of the National Taxpayer Advocate (NTA), on the other hand, reported that it takes 278 days to resolve these claims. When filing a police report and Form 140309 (accompanied by a paper copy of the tax return), the average waiting period is reduced by 54 days.

While Michigan residents who are victims of tax identity fraud will wish to contact the IRS as soon as possible regarding identity theft, having an experienced tax attorney on your side could prove extremely beneficial. An attorney can provide representation during an IRS investigation into the matter, and possibly provide assistance in speeding up the resolution of such matters.

Reporting Contractors: What Is Non-Employee Compensation? 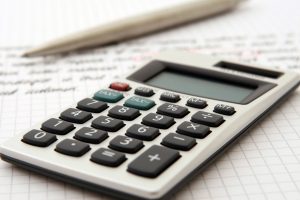 Tips for Filing Taxes as an LLC Business Entity