Changes in Offshore Tax Enforcement May Be Coming Soon

On behalf of Silver Tax Group posted in Offshore Accounts on Wednesday, May 2, 2018.

There have been voluntary disclosure programs in place to entice taxpayers to come clean about unreported foreign assets since 2009. These programs allow for promises of decreased penalties. They may also allow for avoidance of prosecution in return for participation.

But due to decreased participation in such programs, the IRS plans on ending the Offshore Voluntary Disclosure Program on September 28. This could also mean the IRS is planning to crackdown on those not in compliance with offshore reporting requirements.

Why taxpayers need to be prepared﻿

The IRS already has a tremendous amount of information regarding offshore assets belonging to American citizens. This is due to foreign governments allowing IRS officials access to such information. It is also due to financial institutions and whistleblowers sharing information with treasury officials.

There have been 80 Swiss financial entities providing information regarding U.S. accountholders. The IRS also has the ability to issue what are known as John Doe summonses for information regarding unidentified accountholders. An example of such a summons would include one issued to Coinbase for the names of taxpayers conducting convertible virtual currency transactions.

Voluntary disclosure programs have been successful. Due to this success, the IRS may still put another one in place. But because so much information is available, there is much less need to do so. We may instead see increases in penalties, criminal investigations and audits.

What should you do?

It is important for those not in compliance to take action before it is too late. It may be necessary to have an attorney advocate on your side who understands offshore requirements. Such professionals can advise you on your options to resolve potential issues with the IRS. 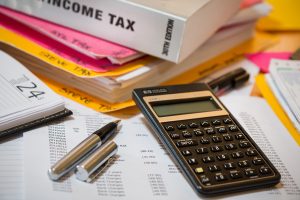 Why You Need a Small Business Tax Attorney