New Addition? Why You Need to Know About the Adoption Credit

Couples who struggle with infertility often decide they want to adopt. Adoption can be a beautiful and life-changing experience for both the child and the adoptive parents. But it’s an expensive and complicated process.

Adoption can cost couples as much as $45,000 when all is said and done. Plus, there are approximately 2 million couples in the United States who are on an adoption waiting list. There is roughly 1 child per 36 waiting families.

Luckily, there is a federal adoption tax credit available to help relieve some of the financial stress. Keep reading to find out more.

History of Adoption in the United States

Adoptions rates in the United States have fallen drastically since the 1970s. There were roughly 90,000 children placed in adoptive homes in 1971.

In 1975, the number of adoptions decreased by half. This was likely due to the abortion laws put into place in 1973. Only 18,000 children under the age of two placed in adoptive homes in 2014.

There are still many couples who rely on adoption to start their families. In January 2013, the government made the Federal Adoption Tax Credit permanent. A way to help adoptive parents with the costs incurred by adoption.

Most couples looking to adopt, want to adopt infants under 2 years of age. Unfortunately, the average age of a waiting child is 7.7 years. And roughly 29% of older children will spend at least three years in foster care.

62% of adopted children are less than one year old. Only 20% of children age 6+ place in permanent adoptive families in the U.S.

How Does the Adoption Tax Credit Work?

The federal government offers a non-refundable tax credit up to a maximum amount of $13,840 for eligible families. This credit pays against tax liability (the amount of tax you owe), but will not increase the amount of your tax refund.

Unused credit can carry over for up to 5 years. So, if you owe $1500 on your income tax, you can use the adoption tax credit to pay that off. And then you can carry over the remainder to cover your tax liability (tax bill) for the next 4 years.

Unfortunately, if your income is low enough that you don’t normally owe taxes, you won’t be able to claim the benefit. However, many employers offer reimbursement of adoption expenses through their company benefits.

Couples can claim up to $13,400 from their employer to reimburse a portion of adoption expenses. This amount can, in some cases, come off your taxable income, meaning you’ll pay less in income tax and see a higher take-home amount.

However, couples who claim reimbursement from employer benefits cannot claim the federal tax credit on top of it.

There are additional regional tax credits available in certain states. They are generally small amounts ranging from $1000 to a percentage of the federal tax credit, but every little bit helps.

Couples with a modified adjusted gross income (MAGI) of over $247,140 per year are not eligible for the credit. Couples with a MAGI between $207,140 and $247,139 can receive a portion of the available credit.

Children who are eligible for adoption must be under the age of 18 at the time the adoption finalizes. Or is a person who is physically or mentally unable to take care of themselves.

Eligible adoption expenses include adoption fees (within reason), lawyer and court fees, travel expenses relating to necessary travel pertaining to the adoption, home studies and other expenses related to the legal adoption of an eligible child.

These expenses are eligible to for refund up to the maximum available limit. It’s important to note here, that the maximum (or ceiling) amount of the credit is only available to parents who have spent that much on eligible expenses.

It’s strongly advised to keep track of all receipts and records from the very beginning of the process through to the end. This ensures you can prove your expenses for refund.

The required form, Form 8839, must be officially e-filed or mailed along with your income tax return. Allow 2-3 weeks for a refund to process if you’ve e-filed and 5-8 weeks if you’ve sent it by mail.

You must also include all other supporting documents to confirm the adoption, including the judge-signed and court-sealed adoption certificate that shows the name of the child and the adoptive parents.

Other documents to include are the placement agreement from an authorized agency, final adoption decree, and any related court documents. Make sure to include all of these required documents and anything else you think is relevant.

The process can get complicated. It’s never a bad idea to consider hiring a tax attorney to help you navigate through the paperwork and help you gather the required documentation.

The definition of a special needs child is different for the purposes of adoption than it is for other purposes.

In terms of the adoption process, a child is considered to have special needs if the state declares that the child should not return to their birth parents’ home for reasons pertaining to the child’s own safety and wellbeing.

A child is also considered to have special needs if the state declares that the child will have a hard time getting adopted without social assistance for the adoptive family.

To simplify, a special needs child in terms of adoption is any child whom the state welfare agency deems difficult to place for adoption.

Foreign children are not classified as special needs as it pertains to adoption. Surprisingly, even children born in the United States who have a disability may not be considered special needs under the terms of adoption.

Parents who adopt a special needs child under this definition can qualify for an increased tax credit. When sending in your Form 8839 to the IRS, make sure to include the state’s determination of the child’s special needs status.

A few factors affect when you can claim your IRS adoption credit. This depends on when the qualified expenses were paid, whether the adopted child is domestic or foreign, and when and if the adoption was finalized.

The federal adoption tax credit is available for both domestic and foreign adoptions, but the type of adoption will affect when you can claim the credit.

For domestic adoptions (children who are a citizen or resident of the U.S. before the adoption process begins), any expenses paid the year prior to the adoption getting finalized are eligible for the tax year following the year of payment.

A foreign adoption is when parents adopt an eligible child who isn’t yet a citizen or resident of the United State before the adoption process is begun.

In this case, adoption expenses paid before are only eligible for a refund for the tax year when the adoption becomes final.

What Happens If an Adoption Fails?

The adoption process sometimes fails. This can happen for a variety of reasons, and it’s almost always devastating for the adoptive parents, and also for the child.

One of the most common reasons for a failed adoption is a failed match. This happens when a birth mother chooses an adoptive family, starts the process, and then changes her mind and decides to keep the baby.

Contrary to popular belief, the birth mother is not bound by her decision to give up the baby until the adoption process is finalized. This can take a while.

In some cases, the adopted child is already in the care of the adopted family before the adoption is legally and officially finalized.

Another reason for a failed adoption is called a disrupted adoption. Disrupted adoptions happen most often when parents adopt an older child from foster care and aren’t adequately prepared for the challenges that arise.

This decision can be made by the adoptive parents once the child is already in their care, but before the adoption is officially finalized. In this case, the child will be placed back in foster care or placed with a new adoptive family.

Another reason adoptions fail is due to contested adoptions. This happens when one biological parent disagrees to the adoption and contests it.

Contested adoptions can happen if the biological father isn’t aware the mother was pregnant, or they change their mind throughout the process.

Again, an adoption can only be contested until it is legally finalized. Once an adoption is finalized, the rights of the biological parents to the child are dissolved.

When filing taxes, parents of adopted children are considered under the same dependency exemption as parents of biological children.

According to the IRS, there is no difference between adopted children and biological children when it comes to dependency exemption. This exemption decreases the overall taxable income and can provide some additional financial relief for parents.

Parents who are eligible for dependency exemption must be able to provide more than 50% of the support their child requires to qualify for the exemption.

Some couples decide they want to adopt a child from overseas. This can be done, however, the process is a bit more rigorous than it is to adopt a domestic child.

The first step is to make sure you are eligible to adopt under United States law and the law of the country you want to adopt the child from.

The adoption must be approved on both ends by the U.S. Citizenship and Immigration Service (USCIS) before the child is brought into the U.S.

This does not mean the adoption has to be finalized before the child arrives, only that the USCIS approves the eligibility of both the parents and the child.

The most popular countries for U.S. citizens to adopt from are China, the National Republic of Congo, South Korea, and Ukraine.

As mentioned earlier on, the federal adoption tax credit does still apply for foreign adoptions, but eligible refunds cannot be submitted and will not be processed until the tax year following the year the adoption was finalized.

At the end of the day, adoption is a noble and wonderful thing to do. It can change a child’s life while bringing more love and happiness into your home. But it’s not an easy or cheap process.

Adoption can cost couples anywhere from $15,000 to $50,000 depending on whether you’re adopting domestically or internationally. And that’s not including the cost required to raise a child.

The federal adoption tax credit is in place to help ease the pain of high adoption costs and help couples adopt eligible children.

We hope this article helped clear up any confusion around the adoption tax credit. For more information about tax law, visit our blog.

Your Guide to the Research and Development Tax Credit 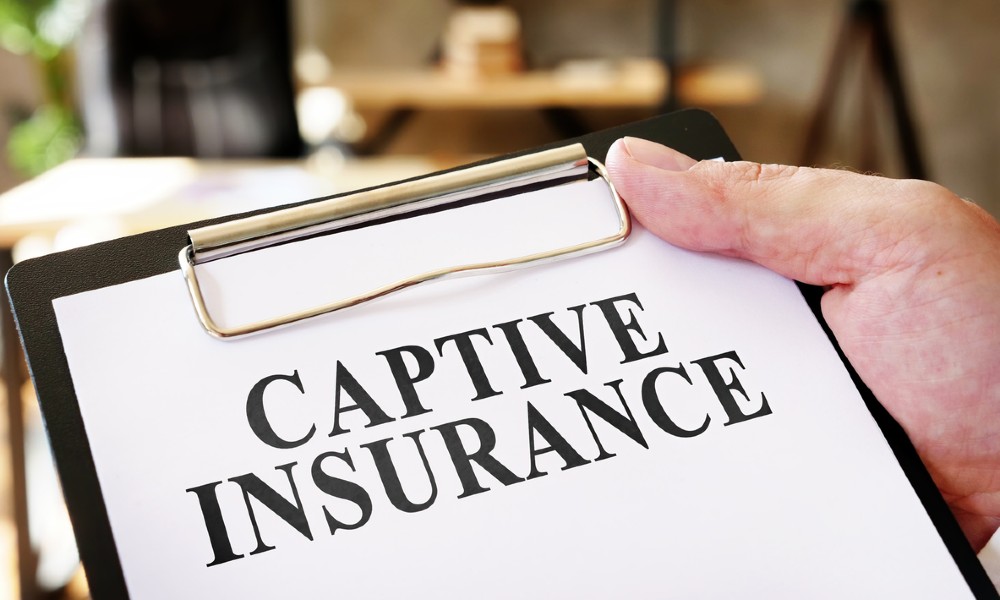 Your Guide to the Risks and Rewards of Captive Insurance Companies