Do Foreigners Pay Taxes? Your Guide to Taxes as a Nonresident

In 2017 there were 22.6 million foreigners living in the United States. While 11.1 were unauthorized, that left 13.1 million who were lawful permanent residents and 1.7 million who held temporary visas.

And many of them were earning a living. If you’re an American who earns income, it’s assumed you pay your taxes every April 15th.

But when it comes to non-US citizens, there is some confusion. Do foreigners pay taxes?

If you’re a foreigner or you have employed one, you may be wondering about non-resident tax. We want to help enlighten you.

Keep reading to learn everything you need to know about whether you need to file a non-resident alien tax return.

There is a difference between being a nonresident alien and a resident alien. The IRS (Internal Revenue Service) has two tests to assess your alien status:

If you satisfy the requirements for either test, the IRS considers you to be a resident alien for tax purposes. If you don’t, you are considered to be a non-resident alien by the IRS.

Do you have to file a nonresident alien tax return? Yes, if you earned income from a US source.

A person is considered a resident alien if they’re a foreign person living as a permanent resident in the U.S. but is not a citizen. To be a resident alien they must have a current green card or possessed one during the previous calendar year.

However, if you don’t have a current green card nor did you possess one during the previous calendar year but spent a total of 183 days in the U.S. in the past three tax years (including the current tax year), the IRS usually views this as having passed the physical presence test.

Taxes When You’re Married to U.S. Citizen or Are a Resident Alien

What the federal income tax will be is determined by that individual’s tax status which can either be resident alien or nonresident alien.

But let’s break it down even further. You need to file a tax return if any of the following applies to you:

If you are charged with the care of a person or property of a nonresident you may be required to file an income tax return on behalf of that individual and pay the tax as well.

However, if you are a nonresident alien, you are only taxed on any income you earned within the U.S.

Exceptions to the Rule

Any income earned from outside the country is not taxable by the U.S. That is unless you can claim a tax treaty benefit. If you can, you may either be exempt or be entitled to a reduced rate.

To find out if you are eligible for a tax treaty benefit, check Publication 901, “U.S. Tax Treaties” on the IRS website.

Nonresident Students, Teachers, and Trainees May Have to Pay Taxes

The U.S. considers nonresident alien students, teachers, and trainees who were present even temporarily in the US on an F, J, M or Q visa to be engaged in a trade or business within the US. However, you only have to do so if you earned income subject to taxes such as:

If you did earn income while on one of those visas, you would need to file Form 1040NR or Form 1040NR-EZ if you aren’t claiming dependents.

Residents of a US Possession

The United States possesses other nations around the globe. In some of those possessions, its citizens are considered U.S. citizens and some are not.

The U.S. Possessions Where You’re Considered a Nonresident Alien

If you reside in a U.S. possession such as the Commonwealth of the Northern Mariana Islands or American Somoa you are considered to be a U.S. national but not a US citizen.

For tax purposes, you are treated as a nonresident alien.

The U.S. Possessions Where You’re an American Citizen

If you were born in Guam, the US Virgin Islands or Puerto Rico, you are considered to be a U.S. citizen. Therefore, you are expected to pay taxes like every other U.S. citizen.

Resident Aliens in the U.S. Possessions

If you were not born in Puerto Rico, the U.S. Virgin Islands or Guam, but you are a resident of those islands, you are considered to be a nonresident alien.

How to Tell If You’re a Resident of a U.S. Possession

You’re considered a resident if you:

If you’re a U.S.citizen or resident alien there are certain exceptions to the 183-rule.

Refund and Benefit Claims as a Nonresident Alien

If you earned an income within the U.S. as a nonresident alien, you’ll have to file an income tax return if you want to claim a refund of overpaid or over withheld tax.

You’ll also have to file a tax return if you want to claim any deductions or credits one income from things such as real property that you’re choosing to treat as effectively connected income.

What Income Should Be Reported on a Nonresident Alien Tax Return

Any income that a nonresident alien earns that’s subject to U.S. income tax is divided into two categories:

You cannot take deductions from income earned from an effectively connected income.

What Effectively Connected Income Is

ECI is taxed at graduated rates. And those same rates apply to both U.S. citizens and residents as well as nonresident aliens. It should be reported on page one of Form 1040NR.

You can also only claim on exemption on Form W-4 to help you reduce your taxes. Also, the IRS requires that nonresident aliens have $4 extra withheld per week.

This is because a nonresident is not entitled to claim the standard deduction amount included in the withholding tables. There are also special withholding rules that apply to the taxable portion of fellowships and scholarships.

And unless the treaty exemption applies, you’ll be subject to a 30% or lower treaty rate.

Since resident aliens are taxed the same as U.S. citizens, they are subject to the same withholding tax rules.

They can also take the same standard deductions as a U.S. citizen.

When a Nonresident Alien Should File Their Taxes

If you work for someone else, are considered to be an employee, and receive wages, you are subject to U.S. income tax withholding. The same is true if you have a business or an office within the U.S.

If you own a business or have an office, you must pay estimated quarterly taxes. They are due every 15th day of the 4th month after your tax year ends.

If you are an individual, you must pay on April 15th unless it falls on a weekend or holiday, then it’s the first business day after that.

If you are not considered to be an employee and you are not self-employed but you do receive wages or non-employee compensation that is subject to U.S. income tax withholding, you need to file your taxes by the 15th day of the 6th month after your tax year ends.

If you are following a calendar year, that’s June 15th unless it falls on a weekend or holiday and then it’s the first business day after.

What To Do If You Can’t File On Time

You can file Form 4868 which is a request to receive an automatic extension of time to file if you can’t file your taxes on time.

However, you must file that form by the due date of your tax return in order to receive approval for an extension by the IRS. You must also pay your taxes on time, even if you can’t file them on time.

What To Do If You’re a Dual Status Tax Payer

If you’re in the middle of transitioning from being a nonresident to a resident during a tax year, the IRS usually considers you to be a Dual-Status Taxpayer.

That means you’ll have to file two tax returns for that year. One return will be for the portion of the year you were considered to be a nonresident.

The other form will be for the portion of the year where you are considered to be a resident. You may want to consult with an accountant if you need to file as a dual-status taxpayer because you may be able to choose to be treated as a full-year resident which would allow you to avoid having to file two separate returns.

It’s not just federal income that nonresident and resident aliens are responsible for filing and paying each year they reside within the United States. There are also state income taxes they must file and pay.

However, not everyone will have to pay state income taxes. It depends on the amount of income earned and varies from state to state. The tax obligation also varies between the states.

Unless you qualify for an exemption, both Social Security and Medicare (FICA) taxes apply to any salary or wage payments made to you by a U.S. employer.

You may be exempt if you:

It’s important to note that whether or not you’re exempt is determined by the calendar year. That may be a partial year.

How to File a Tax Return Without a Social Security Number

If you don’t have or are not eligible to receive a social security number, you’ll have to obtain an Individual Taxpayer Identification Number (ITIN).

To get an Individual Taxpayer Identification Number, you’ll need to complete and submit Form W-7 along with additional documentation that’s required by the IRS.

You must either have a social security number or an ITIN and include that number on your tax return. Otherwise, the IRS will reject that tax return for both the taxpayer and their dependents.

We hope we’ve fully answered the question, “do foreigners pay taxes.” However, we also realize how confusing the tax system is, not just for Americans, but for foreign nationals as well.

We can help you sort through the confusion. Click here to contact us and we’ll be happy to answer any questions. 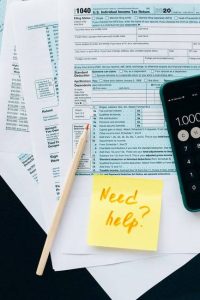 All the Bells and Whistles: A Guide on IRS Schedule B 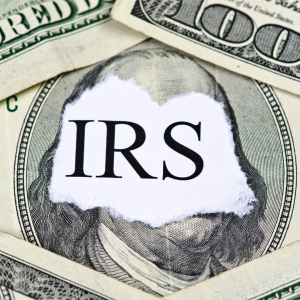 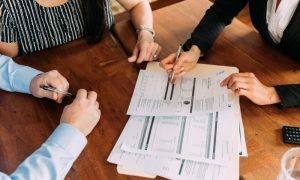 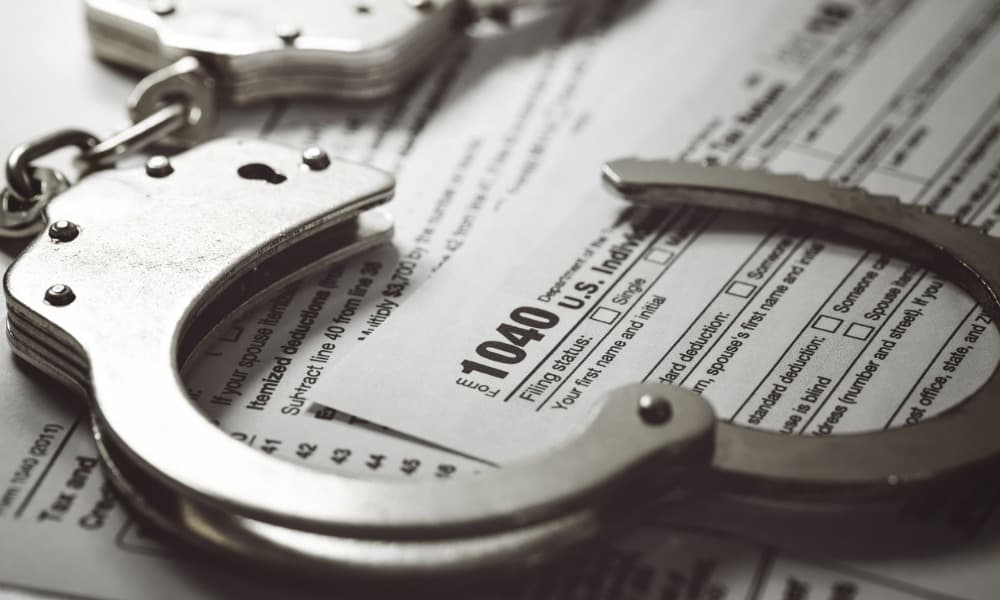 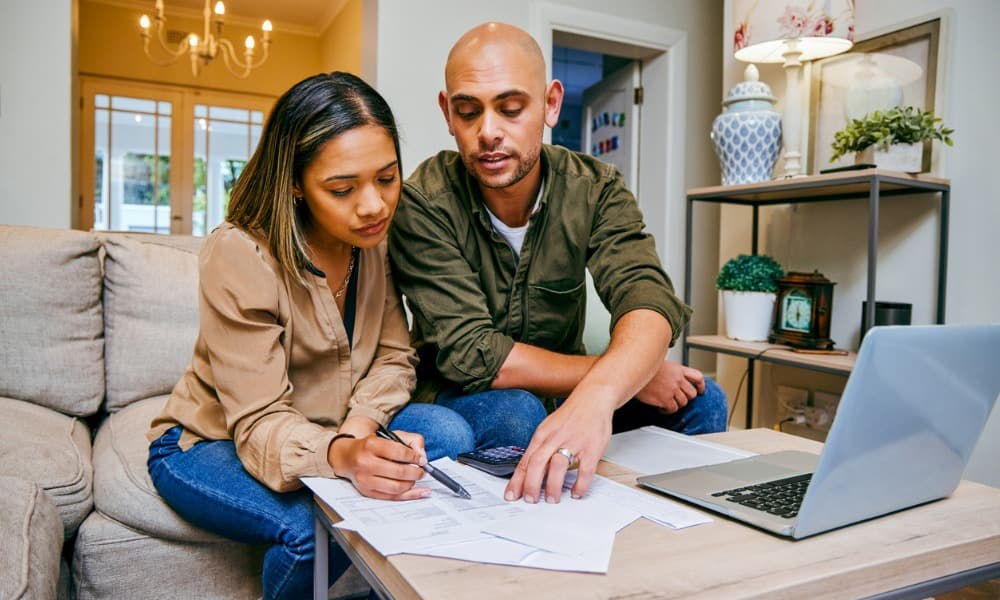