IRS Form 1116 and Its 4 Categories of Foreign Income

Perhaps you lived in another country for a few months last year and earned money, or you worked as a freelance worker for a foreign company. There are many ways that you can find yourself dealing with foreign income come tax time. Yes, you typically need to report that foreign income and owe taxes on it if it exceeds a certain amount. On the Internal Revenue Service (IRS) Form 1116, there are four categories of foreign income. Here’s everything you need to know about foreign income and Form 1116.

Of course, first, we need to identify exactly what the IRS considers income when it’s earned in another country. For the purposes of Form 1116, the IRS identifies four categories of foreign income. The categories of income for Form 1116 are:

It’s great to see the categories of Form 1116, but you need a little more information to understand what income each category includes so that you don’t make any mistakes when filing your taxes and taking this credit. There are three more categories of income:

When you think about earning money and income in the most common ways, these are typically found in General Category Income. These types of earnings include salary, wages, and any overseas allowances for an individual employee. It’s money earned while you took part in a trade or as part of a business. It can also include any profits you made in the sale of inventory or gains made when sold a depreciable property in a foreign locale.

Passive income is money that you earn without having to perform a specific task or trade to receive. The most common types of passive income include:

If you sell a property and make a profit from the sale, this is a passive income. You can also make passive income from gains in foreign currency or commodities transactions. Capital gains that occur without active trade or sales are considered passive income.

This refers to any business profit that you receive from a foreign business. This can also include multiple countries and businesses, but they do need to be qualified business units (QBUs).

The IRS recognizes three other smaller categories of income under Form 1116. If they apply to you, you’ll need to include the information on your tax return. Here’s what you need to know:

It’s the United States Secretary of State who designates a state as sanctioned. These are countries that are closely associated with terrorists and other subversive groups. The President of the United States can waive this law and allow the credit.

If you paid or accrued a tax debt of a lump-sum distribution from your pension plan in a foreign country, you can take a tax credit. There is a special formula used to determine the tax liability of lump-sum payments on a foreign pension.

Since most Americans don’t earn money outside of the United States, whether it comes from wages or selling depreciable property at a profit, you may wonder who needs to fill out Form 1116. The person who fills out a Form 1116 must have income and pay taxes in another country. This includes individuals, trusts, and estates. If you paid or accrued taxes in a foreign country or U.S. possession, you need to file a Form 1116 or the credit it offers.

You would not use this form if you paid taxes in the U.S. Virgin Islands. You would use IRS form 8689.

As a general rule, non-resident aliens can’t take this credit. However, there are expectations, including:

Should You Use a Credit or Deduction

Which Foreign Taxes Aren’t Eligible for the Credit?

As an American, you’ve watched the tax laws change and grow more complicated almost every year. One year, you’re paying taxes on a parent’s estate, and the next year, you don’t need to pay estate taxes. So it makes sense that some of the taxes that you pay to a foreign country aren’t eligible for a credit. Here’s a look at some of them that aren’t eligible.

If you’re paying taxes to a foreign country, you aren’t paying it in United State dollars. You may be paying in Euros or British pounds or some other currency. When this happens, you have to convert the money you paid into U.S. dollars to take your credit. You must convert the currency because it’s never equal.

For all IRS tax forms, you must report the amount in U.S. dollars even if this means converting its value in the currency you paid into dollars. You need to attach documentation concerning how you arrived at the converted amount in dollars.

If you use an accrual basis to report foreign tax paid, you’re going to need to configure the average exchange rate over that year-long period. Once you determine the average exchange rate, you apply it to all the tax payments you made that you’re now seeking credit for on Form 1116. You can’t use this method if any of the following are applicable:

At Silver Tax Group, we understand the challenges that you face trying to fill out your own tax forms. When you toss the payment of foreign taxes in the mix, it can be confusing. We’re ready to help you get a handle on your taxes so you don’t pay more than necessary. Contact us today to learn more! 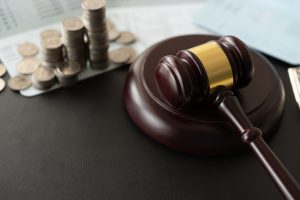 Is There a Way to Negotiate Tax Liens and Wage Garnishments? 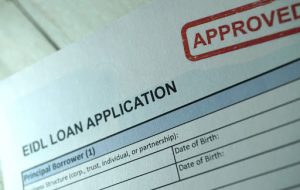 The Complete Guide to Applying for an EIDL 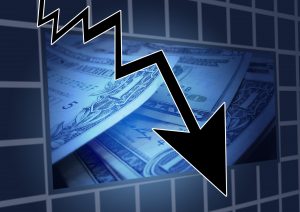 Claiming a Business Loss on a Tax Return