What Americans Don’t Know about Filing Their Taxes

Perhaps Benjamin Franklin said it best: The only certainties in life are death and taxes. While every American knows that they need to file their taxes and that the task needs to be done by April 15, an alarming number of them know very little about the process.

According to a MarketWatch report, a recent study by NerdWallet revealed some startling statistics about the average American’s knowledge of taxes:

The average American’s knowledge of taxes:

Just days before the Christmas holiday began in earnest, President Donald Trump signed into a law a new tax bill that was created and passed by Republican lawmakers. In the flurry of the holidays and in the midst of a non-stop news cycle, it appears some people missed the word that the tax law had been overhauled. According to the NerdWallet report, 26 percent of people did not even realize that the laws changed significantly in the waning hours of 2017.

Of course, this is not entirely surprising. Many people tune out completely during the holiday season, opting to unplug and disconnect in favor of spending quality time with their family. The current culture that emphasizes the need of instant news around the clock can make it more exhausting than ever before to follow the news, so it’s understandable that some Americans missed the memo. Even those who were following may have been overwhelmed and confused by the constant changes that were being reported, and the quick actions that were taken to pass the law.

While the majority of people surveyed did know that a new tax bill had been signed into law, nearly half of them had no idea that this new law also ushered in changes to the tax brackets. Furthermore, about 50 percent of people reported that they were not aware of how the new tax laws would change their own income bracket. This could be particularly problematic, as people are used to where they stand and know what they need to do when filing taxes in order to get the return that they want or need.

Legal and financial experts are encouraging Americans to take the time to study the new laws and to understand how they might impact their own financial circumstances. A person whose tax bracket changes may unknowingly end up having to pay more at the end of the tax season, which can be both disappointing and frustrating. To avoid this situation, you should consider setting up a consultation appointment with your accountant or tax lawyer.

Americans have become used to nuances in the tax law which allow them to claim deductions, write off expenses and manipulate their tax filings so that they save the most amount of money and earn the most generous returns. While many work carefully to file their taxes and make sure they are abiding by all the laws, some are confused as to which techniques are legal and which are not.

For example, the NerdWallet survey found that about 65 percent of Americans thought making extra mortgage payments for tax-saving purposes was not just frowned upon, but actually illegal. The reality of the matter is, this is a perfectly legal and acceptable way to save a bit of money on taxes each year. In addition, another 75 percent of people thought they could not contribute additional funds to their IRA accounts after December 31, but in actuality, they can continue to make contributions up until the filing deadline. By working with an experienced tax lawyer, Americans will have a sound understanding of what they can and cannot do on their filing forms. 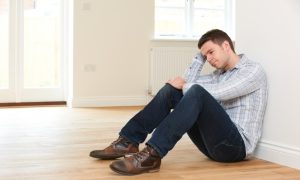 Top 3 Small Business Accounting Challenges (And How To Tackle Them)