These days, going green is a catchphrase in every aspect of life, from fashion to food.

But for business owners like you, going green is more than just a trend. It’s good for business. Energy efficiency helps shave operating costs, which boosts your bottom line. But it also helps you save money in an area you didn’t expect: your taxes. There are a number of commercial building tax deductions available to business owners.

The 179D deduction was part of the Energy Policy Act of 2005. The Act broadly addresses energy production in the United States, including:

The Energy Policy Act was enacted in direct response to concerns about broader energy usage, particularly in commercial buildings.

The building sector (both residential and commercial buildings) accounts for 40% of the nation’s energy expenditure, including more than 70% of nationwide electrical consumption. Buildings also emit more than one-third of the nation’s greenhouse gases, more than any other sector in the economy. Commercial buildings claim about half of that consumption cost, making them the worst offenders.

However, lawmakers also recognize that business owners have to consider the profitability of making key investments. That’s is why section 179D deductions exist. With these deductions, building owners view going green as a profitable investment for their bottom line.

The 179D deduction is intended to curb those energy costs by giving building owners a clear incentive. Owners of qualifying commercial buildings can receive a tax deduction of up to $1.80 per square foot for energy-efficient buildings placed into service during open tax years. Typically the “lookback period” is three years, and any accrued tax deductions can either be carried back two tax years or carried forward up to 20 tax years.

The 179D deduction is available to the owner OR lessee of a commercial building for qualified new constructions, renovations, or additions. Note that energy incentives for individuals and residential properties do exist but are in a different tax category from 179D.

In addition, designers, architects, engineers, contractors, environmental consultants, and others involved in the construction of a building can qualify for a 179D deduction under a special rule for public property. If designers or builders made enhancements to public property to improve energy efficiency, they can claim the deduction. This applies to government-owned buildings at the local, state, and federal level, including:

The deduction also applies retroactively to any structures built between 2006 and 2013 that meet the criteria for the 179D deduction, including new buildings, retrofitted buildings, and leadership in energy and environmental design (LEED) buildings.

In order to qualify, your building must be checked by an independent third-party firm to review the building and confirm the energy savings provided by the construction or renovations.

If you are a business seeking a 179D deduction for a government-owned building, you’ll also need to obtain a letter of allocation, in which the government entity agrees to transfer the benefit to the taxpayer.

A clearer way of understanding what buildings qualify for the 179D deduction is to look at what buildings fall under the scope of standard 90.1-2001. This standard covers the building envelope, HVAC system, lighting, service water heating systems, electrical motors and belt drives, and electric power distribution and metering.

Once you know that your building is qualified, you will have to show that the building has certain percentages of energy expenditure for specific categories in order to qualify. The building upgrades must achieve the predicted savings levels in order to qualify under the deduction, so even improvements that should qualify you won’t count if they don’t deliver sufficient energy savings.

How to Claim the 179D Deduction

If your building meets all of the above criteria, you’re ready to apply for your 179D deduction. This requires knowing the full cost of the improvements in order to calculate the maximum available deduction.

Section 179D allows a deduction of $1.80 per square foot for buildings that:

You can also take a partial deduction of $0.60 per square foot for energy-efficient measures affecting:

If that doesn’t sound like much, don’t underestimate how much you could write off. Let’s say you constructed a commercial building of about 19,000 square feet. At $1.80 per square foot, that’s a maximum deduction of $34,200 off your business taxes.

For additional guidance on navigating your 179D deduction, it’s time to turn to the IRS.

The first port of call is notice 2006-52, which set forth interim guidance allowing building owners and lessees to navigate the process of claiming their 179D deduction. This will clarify:

From there, refer to notice 2008-40, which spells out regulations surrounding government-owned buildings. This will clarify:

Think you can make sense of the qualifying standards? If you still need a bit of guidance, there are two key resources outside IRS jargon that can help you.

The first is the Energy Savings Modeling and Inspection Guidelines for Commercial Building Federal Tax Deductions, created by the National Renewable Energy Laboratory (NREL). This offers guidelines for modeling and inspecting buildings for certification under Section 179D, which is helpful if you’re working on new construction. This applies to all buildings constructed prior to 2016.

The second is the Energy Savings Modeling and Inspection Guidelines for Commercial Building Federal Tax Deductions for Buildings in 2016 and Later, which, as the name implies, is for commercial buildings constructed from 2016 onwards.

As with most other elements of the tax code, the 2017 Tax Cuts and Jobs Act threw a few questions into play for the 179D deduction.

You see, the 179D tax credit isn’t a permanent fixture of the tax code. It’s what’s known as a tax extender, a set of temporary tax breaks which Congress typically renews for a period of one to two years at a time.

The problem is that these tax breaks are extremely expensive for the federal government. That said, they’re even more expensive to enact permanently, even tax breaks that have been renewed for decades. That’s because the year-by-year renewal cycle encourages businesses to take advantage of the break now instead of in a few years. If these extenders were made permanent, the cost of enacting them would skyrocket (a leap from $85 billion to over $700 billion).

Section 179D was originally enacted to last for two years in 2005 and has been extended several times since then. This is in part because Section 179D is the only federal tax incentive for commercial buildings to become energy efficient.

It allows taxpayers to take deductions for later years, which ironically reduces the law’s effectiveness if the goal is to encourage future building. If anything, the deduction is most attractive for large commercial buildings that have already been constructed.

After all, it’s a bit nonsensical to design new buildings for a tax law that may or may not exist in future years, even if its renewal is highly likely. That leaves the issue in the hands of business owners and builders.

However, in the right circumstances, the 179D deduction can be quite attractive to businesses and builders when combined with other relevant energy efficiency and eco-friendly tax credits, such as the production tax credit or solar energy tax credits.

The best route for an enterprising business owner like yourself is to work with a tax attorney to figure out what tax credits and deductions are applicable to you and what would be most lucrative for your project and bottom line.

There’s a reason why death and taxes are often equated in jokes–for the average person, they’re practically the same. However, with the right tax guidance, you can learn how to leverage your commercial buildings and make the most of your tax dollars. Your bottom line can go a little further. And in the meantime, you’re making smart investments in future eco-friendly construction in the meantime).

If you need help from a professional tax consultant, we’re here to make the tax code understandable. Click here to find out more about our professional IRS tax consulting services.

Are Student Loan Payments Tax Deductible? Get The Upper Hand 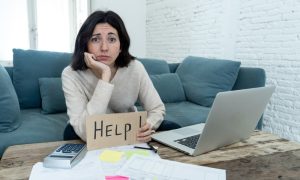 What Can I Expect From the Failure to Pay IRS Penalty?

IRS Form 1040X: How to File An Amended Tax Return