What Happened to Wind Energy? Explaining the Production Tax Credit

At one time, even the IRS made an effort in helping protect Planet Earth from pollution and waste. The IRS helped develop and expand wind energy through their tax incentives, deductions, and benefits. At the end of this year, the IRS isn’t going to allow for the use of the production tax credit as a tax benefit.

Yet many others remain unconvinced this is a good way forward. After all, since PTC was created in 1992, it was successful in driving down the cost of wind power by 69%. PTC also helped wind farms receive over $143 million in private investments while adding 114,000 well-paying jobs to the economy.

The new Tax Cuts and Jobs Act tax created more changes to the tax code ever seen in the last few decades. There are two main types of tax credits in renewable energy. The production tax credit and investment tax credit.

Since 2017, the PTC has been in a sunset mode while it’s phased out. Unless something changes, this will be the last year the PTC can be filed with your taxes. Many wind energy companies are starting up new wind energy farms in the last quarter of 2019 for this reason.

They want to get the last of the PTC credits. Unfortunately, there’s a large backlog for wind energy equipment, so you can’t begin construction until you get past the 18-month waitlist. In June of 2019 Tax Cuts and Jobs Act had an unexpected but wanted development for renewable energy tax credits.

You don’t have to show any construction requirements.

ITC has until the end of 2019 for investors to qualify for its full tax credit before the program is in a sunset phase-out. But PTC doesn’t even have that much time. You can only get a portion of the PTC credit because it becomes a sunset phase-out program at the end of this year, with no full credits being given.

It doesn’t seem fair that renewable energy developers have to sweat it out and see if they can begin construction before the end of 2019. Just because they have to wait for equipment that has a substantial waiting period, they have nothing to do with. Unless something changes for wind energy developers receiving PTC from the IRS will be difficult to obtain by the end of the year.

If the IRS doesn’t know yet what may or may not be modified with PTC, it makes wind energy project decisions even more confusing. The Tax Cut and Jobs Act did introduce a tax deduction workaround. It introduced a very detailed and complex deduction qualified business income (QBI) earners could use.

Plus, the tax equity structure increases as more investors come on board. Because these investors are aware of the limited window of opportunity to receive the greatest renewable tax credits. It’s in the energy space that renewable energy developments like wind farms have private equity funds that invest in them.

The investment are done through pass-through entities. If there happens to be no QBI, the tax structure has to rely on renewable credit values before the end of 2019.

The production tax credit offered to renewable energy developers is based on the amount of electricity they produced. If the energy producers wanted to take full advantage of PTC, the tax burden was set so high that it was rare any single wind farm could meet it. So many energy developers hooked up with a bigger or stronger developer, so they’d have great tax liabilities.

They’d transfer tax credits as a form of equity for the partnerships. So wind energy projects had an initial investment when the energy project connected to the grid. That money would be used to pay off loans, or it served as an alternative source of ongoing income for the energy project.

When the wind energy project was fully operational, the tax equity investor took some of the project’s revenue, losses, and tax credits as their own for their investment return. It was called flipping, and it worked very well for wind energy projects to grow in value equity. Now that PTC’s tax equity revenue stream is unavailable, the investors and developers of wind energy may do what the solar energy participants are doing now.

The investors and participants understand the up and down value-chain doesn’t give large returns. They understand that just because PTC is ending doesn’t mean there’s an impact on today’s low-cost wind energy. It also won’t slow down wind energy development.

But investors and developers now have to assess if the amount of time, effort, and money it takes to develop wind energy projects are worth it. There should be a replacement for PTC that helps not only the wind energy developer but also progresses the technology of wind energy.

The New Initiatives That Would Help Promote Wind Energy

Whether the incentive comes as a tax credit or direct federal grant benefit, it helps balance the variable production of wind energy. Wind energy projects could also benefit from federal loan guarantees to reduce their financial risk. Tax incentives for useful research on alternative energy technologies are very much needed.

There’s nothing that can replace the benefits wind power gives the world. It provides low-cost-carbon-free power. Other forms of renewable energy are also beneficial to the world’s environment.

But nothing with the exact specifics of wind energy. The IRS has proven to be very helpful in growing and developing wind energy projects through PTC and other subsidized government tax breaks or financial incentives. But the federal government may want to think some more about leaving wind energy to stand without any tax breaks, incentives, or tax deductions of any substantial consequence.

Wind energy still needs to expand its capacity so electricity can continue to decrease in costs.

Many questions may remain regarding the end of the production tax credit. The impact of the end of PTC on the renewable energy sector is still unknown. There are some additional workarounds being considered, but legal tax help and guidance is mandatory due to the complexity of some of these tax benefits.

One idea is to create a wind development project with business income received through a blocker corporation. A blocker company or blocker vehicle could be created for investors where the corporation doesn’t pay dividends and is a tax-efficient pass-through structure. The pass-through corporation could leverage their investments, which should reduce the corporate level tax because of the interest deductions.

The one notable caveat is no interest deduction could be more than 30% of adjusted taxable income. If you want to know more about the phase out of wind production tax credits or how you can create a tax strategy that will help you receive the tax benefits you need, there’s a place you can go. Silver Tax Group wants to hear about your tax benefit and deduction needs.

Reach out to Silver Tax Group because the new tax reforms can work for you while you concentrate on helping the state of planet Earth.

Here’s What Happens If You File Taxes Late 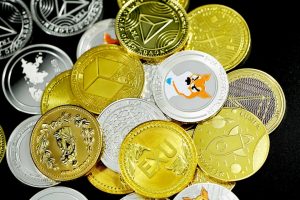