What Is the IRS and What Does It Do?

Thinking about the IRS can strike fear into anyone’s heart. The thought of an audit, even when you’re sure you’ve done everything right, is scary. Completing your tax returns each year can be challenging, especially in years with significant changes to the tax code.

So what is the IRS? Aside from tax season, the IRS isn’t something we think about much. We know we have to pay deductions and we hope we don’t have to owe anything at the end of the year.

Let’s look more closely at what the IRS is and how it does what it does.

What is the IRS?

The IRS is the United States government revenue service. It is a government agency and exists under the Department of the Treasury.

The IRS is responsible for collecting taxes and enforcing tax laws set by Congress and is tasked with performing taxpayer service. The agency also conducts criminal investigations and oversees retirement plans and tax-exempt organizations.

The U.S. President appoints the IRS Commissioner for a five-year term, and the Senate must confirm the appointment. The Commissioner reports to the Secretary of the Department of the Treasury.

How is the IRS Organized?

The IRS consists of four main divisions: The Wage and Investment Division, The Small Business/Self-employed Division, The Large Business and International Division, and the Tax-Exempt and Government Entities Division.

Here is more information about each of these departments:

The Wage and Investment Division

Most people are familiar with this IRS entity. This division works with individuals who fall into three categories:

2. Those who are employees.

3. Those that pay their taxes through withholdings.

The department handles tax returns for individual and married taxpayers, and its primary purpose is to make sure refunds are filed correctly. Employees in this division can perform customer assistance, compliance, account services, and tax administration.

Communications and Stakeholder Outreach – this organization prepares educational materials for taxpayers in this category.

The Large Business and International Division

This office serves subchapter S corporations, partnerships, and corporations with assets over $10 million. These entities generally have many employees and complicated accounting rules across international lines.

The LB&I is organized into two practice areas: Support and Compliance, which are themselves divided into smaller agencies.

Everything not mentioned in the above three divisions falls under the umbrella of this department. These concerns include employee pension plans, government entities, and tax-exempt organizations.

This customer base is a diverse one that ranges from sovereign Indian tribes to small volunteer community organizations. The types of tax laws that apply to this base are complex and usually require professional tax help. Although these entities are not subject to Federal tax, they are subject to tax law compliance.

History of the IRS

Citizens of the U.S. were not subject to income tax until the beginning of the civil war. The original colonists paid tariffs levied by the King of England and complained that they were being taxed but had no representation. The new residents of this country engaged in protests like the Boston Tea Party.

After the U.S. won its independence, Congress imposed an estate tax on wills, individual estates and inheritances. This tax was called the Stamp Act and was abolished in 1802.

The IRS in the Nineteenth Century

In August of 1861, President Lincoln saw a need to increase revenue to pay for war expenses. He asked Congress to create a Cabinet position called “Commissioner of Revenue,” and enacted a federal income tax to help with costs.

1862 was also the year that the Office of the Commissioner of Internal Revenue charged employers with the task of withholding their employee’s pay.

This levy carried the Union through the Civil War until 1871, when Congress repealed the tax. They declared the income tax unconstitutional, and since the government could support itself again, they saw no more need for it.

The IRS in the Twentieth Century

In 1913, Congress passed the 16th Amendment to the U.S. Constitution. The tax rates were adjusted to income levels, including lowering the rate to 1 percent for incomes under $20,000. Taxpayers with incomes over $500,000 were levied a 7 percent income tax.

This amendment brought about Form 1040 to help citizens calculate their taxes and report to the IRS. All filing statuses were the same at this time.

Three years after the passing of the 16th Amendment, in 1916, the U.S. needed more tax revenue to help with the war efforts. The 1 percent tax rate increased to 2 percent, and the top level rose to 15 percent for incomes over $1.5 million.

Then in 1917, a new War Revenue Act again raised tax rates by cutting back on exemptions and raising the highest-level tax rate to 67 percent. The government boosted the highest tax rate to 77 percent in 1918.

Following World War I, the U.S. government was financially steadier and was comfortable enough to lower the tax rates back to 1 percent to 25 percent.

This period of comfort lasted until after the stock market crash of 1929. Between then and 1936, the highest tax rates rose to 79 percent. These rates were counterproductive since they didn’t leave consumers much money to put back into the economy.

World War II required taxpayers to give up large portions of their income to help fund the war effort. Tax rates increased to a rate of 94 percent for the highest earners, and nearly 25 percent for the lowest. The federal government passed the Individual Income Tax Act in 1944 which eased the tax burden by introducing standard deductions on form 1040.

In 1953, the Office of the Commissioner of Internal Revenue officially changed its name to the Internal Revenue Service. Over the next ten years, it evolved into one of the most formidable accounting agencies in the world.

Between 1965 and 1970, the agency obtained its first toll-free phone number and introduced computers that assisted agents with processing tax returns. Since then, The U.S. tax code has changed several times as have the tax rates.

Some states have levied taxes on unusual items or services. Here are some interesting and fun examples:

Johnstown, Pennsylvania passed a tax on alcohol to rebuild damage from two floods, one in 1889, and the other in 1936. The state raised enough money to repair the city’s damage by 1942 but did not repeal the tax, which today brings roughly $200 million annually to the state.

The City of Chicago has a candy tax of 6.25 percent. However, if the candy contains flour, the tax is just 1 percent. Chicago also taxes bottled soda at 3 percent and fountain soda at 9 percent.

If you buy fresh fruit in California through a vending machine, you are paying a 33 percent tax on that snack.

Independent taxpayers over 100 years old in New Mexico are exempt from income tax.

In addition to unusual taxes, here are some noteworthy deductions that you may not have been aware of:

Texas does not charge sales tax on cowboy boots. Hiking boots are taxable.

South Carolina residents that donate a dead deer to the poor receive a $50 deduction on their taxes.

Farming oysters in Maryland will get you a tax break. Farming other shellfish will not.

Growing state-approved trees in Hawaii will get you a whopping $3,000 tax deduction.

Taxpayers subject to these taxes and deductions have a choice to file their taxes via paper or electronically. This situation wasn’t always the case. Here’s a snapshot of how electronic filing started and how it has evolved.

As the U.S. taxpayer base expanded in the 1980s, the IRS had to contend with vast amounts of paper. After the IRS began to use computers to process returns, paper storage became burdensome.

The need for paper returns decreased since both the IRS and tax preparers used computers to process and compile tax returns. The agency began a test program available to five accountants to start migrating the system to electronic filing.

In 1986, these participating tax accountants employed an electronic filing system that consisted of a modem and a machine called Mitron, which read paper tape and electronically transferred the data to the IRS. The IRS then received the tape data and submitted it to their supercomputers which would format it for final use.

The test program generated around 25,000 electronically-filed tax returns. The program expanded to 66 preparers the following year, yielding 78,000 electronic returns. The IRS then added the direct deposit option to streamline the process further.

After facing initial skepticism, the IRS expanded its electronic filing service nationwide by 1990. Roughly 4 million returns were filed electronically that year, and large tax preparation companies began to use the system. That leap of faith by the larger companies alleviated the doubts of skeptics and prompted increased adoption of the system.

By 2002, taxpayers could use a PIN instead of their signature to file their electronic returns. In the three years following, half of all tax returns were filed electronically.

By 2010, the IRS abandoned the practice of mailing paper returns to the population and made them accessible online. Currently, 90 percent of all returns are filed electronically, proving that the agency’s switch is a real success story.

The IRS must respond proactively to changes in the tax code. In December of 2017, broad reforms to the country’s tax laws were enacted by the U.S. government that prompted immediate action by the IRS.

The agency set up the Tax Reform Implementation Office, or TRIO, which was the central hub of responsibility for coordinating the new changes. TRIO oversaw forms changes, computer reprogramming, and security testing, among other responsibilities.

The IRS prepared education and outreach programs for individuals and tax preparers to help them understand the new laws. They conducted events across the country to ensure a smooth transition.

The IRS as a Resource

The IRS strives to be a resource to help taxpayers first and an enforcer second. Changes to tax laws, especially sweeping changes, impact all taxpayers and can be confusing at best. It works to maintain updated information via the website and community outreach.

Electronic filing reduces the chance of an audit. Large corporations are the usual recipients of audits, but if you are subject to an individual audit, don’t panic. Work to understand what triggered the audit and seek help if you don’t understand the particulars.

Hiring a tax attorney is a great way to get the information you need from a professional who knows tax law. They will tell you what to expect if you are subject to an audit, have unfiled tax returns, or even if you are facing asset seizure.

Contact us if you think you need legal help with your tax obligations. We are here to help you stay calm and work your way through to a good outcome.

What Is Innocent Spouse Relief?

Top 3 Small Business Accounting Challenges (And How To Tackle Them) 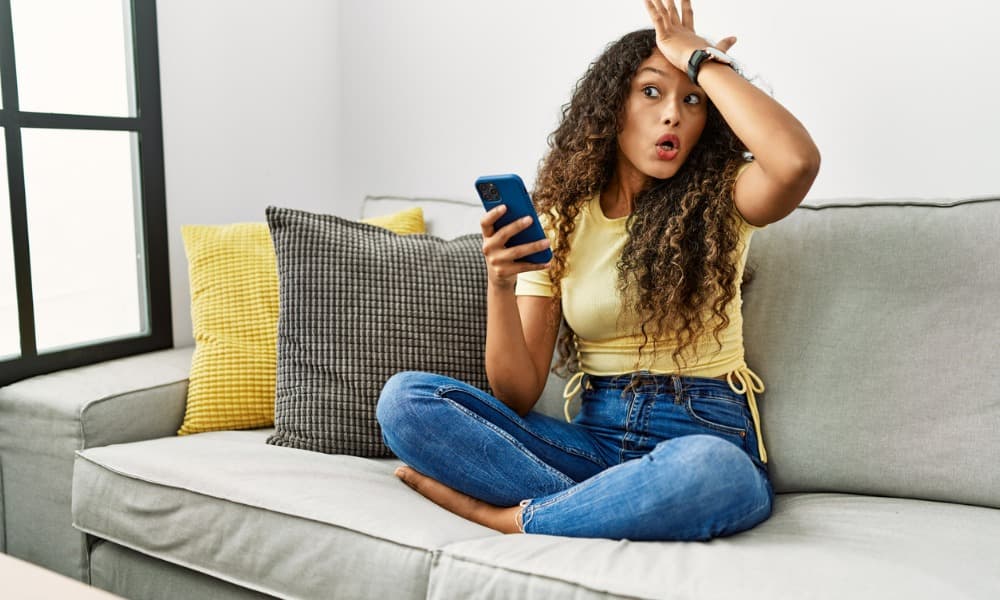