Business accountants help you run your business by keeping track of many things. That list includes income and expenses, helping you avoid accounting fraud, providing financial information to aid in making decisions, and ensuring that your business is in compliance through financial reporting to the United States Security and Exchange Commission (SEC).

Those who want their businesses to run smoothly must keep their financial records up to date and clean, or their companies could end up on the wrong side of an accounting fraud lawsuit.

The financial statements generated by your records — including income statements, balance sheets, and cash flow statements — give you and others a snapshot of how your business is doing. That is, unless your accountant is involved in accounting fraud. You might wonder how or why an accountant could be involved in tax fraud, but it does happen.

A Brief History of Accounting Fraud Scandals in the United States

In the early 2000s, a series of major accounting scandals rocked corporate America to its core. Companies like Enron, Tyco, and WorldCom were all brought down by fraudulent accounting practices that allowed them to artificially inflate their reported profits. The fallout from these scandals was massive; tens of billions of dollars were wiped off the stock market, and thousands of people lost their jobs.

In this blog post, we’ll take a look at three of the most famous accounting fraud scandals in US history. We’ll see how these companies were able to get away with their fraud for so long, and we’ll learn some lessons about what investors can do to avoid being taken advantage of in the future.

This is one of the first famous business scandals. Enron was a commodity, service, and energy corporation based in Houston, Texas that was founded in 1985. By the late 1990s, it had become one of the biggest companies in the world, with annual revenues of more than $100 billion. But behind the scenes, Enron was hiding a massive accounting fraud.

The fraud revolved around something called “mark-to-market” accounting. Basically, Enron was booking profits on long-term contracts that it hadn’t actually earned yet. This allowed Enron to inflate its reported profits for years without anyone noticing.

The culmination occured in 2001, when shareholders lost $74 billion and thousands of investors and employees lost retirement accounts and jobs. Sherron Watkins, an internal whistleblower, suspected accounting fraud and turned the CEOs in. Enron admitted that it had overstated its profits by $586 million over the previous four years. The stock price collapsed, and Enron filed for bankruptcy soon afterwards.

High stock prices had caused others not in the company to become suspicious as well, and a court found that Arthur Andersen LLP, once one of the big five accounting firms, had helped fudge Enron’s accounts.

Here’s another one of the more famous business scandals. Bernie Madoff was a stockbroker when he ran the biggest Ponzi scheme in history. Madoff ran a securities company called Bernard L. Madoff Investment Securities, LLC.

He, Frank DiPascalli (his second in command), and David Friehling (his accountant) were convicted of bilking more than $64.8 billion from thousands of clients, and Madoff received 150 years in prison plus a requirement to pay $170 billion in restitution.

In 2003, Freddie Mac, a mortgage finance giant backed by the Federal Reserve, misstated $5 billion in earnings in an accounting fraud case by understating and misstating its earnings. The SEC found this accounting fraud during an IRS investigation. The scandal resulted in the firing of COO David Glenn, ex-CFO Vaughn Clarke, and Chairman/CEO Leland Brendsel, plus $125 million in fines. A year later, Fannie Mae, another huge federally backed mortgage finance company, was caught in a similar scandal..

In 2005, multinational insurance corporation AIG was found to have bid rigged and manipulated stock prices in one of the most famous accounting fraud cases. The company’s CEO, Hank Greenberg, bilked $3.9 billion by counting loans as sales revenue, telling traders to inflate the company’s stock price, and sending clients to other insurers who had payoff agreements with AIG. Greenburg was caught because of an SEC regulator investigation, and the company had to pay the SEC $10 million in fines in 2003, $1.64 billion in 2006, and set up pension funds for $115 million in Louisiana and $725 million in Ohio.

Waste Management, a Houston-based publicly traded company, reported $1.7 in false earnings in an accounting fraud scandal by falsely increasing the length of depreciation on its balance sheets. The main players —  Founder/CEO/Chairman Dean L. Buntrock, other top executives, and accounting firm Arthur Andersen — were caught when new management, including new CEO Maurice Meyers, went through the books. The company settled a shareholder class-action lawsuit for $457 million and the accounting firm was fined $7 million.

Healthsouth was the largest publicly traded healthcare company in the U.S. Its stockholders had expectations that the company couldn’t meet, so CEO Richard Scrushy inflated earnings numbers by $1.4 billion by telling those who worked for him to make up transactions and numbers between 1996 and 2003. The SEC became suspicious because he sold $75 million in stock the day before the company posted a major loss. Scrushy was acquitted on 36 counts of accounting fraud, but found guilty of bribing the Alabama governor — which earned him a seven-year stint in prison. He still states he was innocent and now works as a motivational speaker.

While many other accounting scandals might be more famous, the Lehman Brothers scandal, as of the fourth quarter of 2020, had the biggest impact and is still the largest bankruptcy on record. In 2008, the Lehman Brothers collapsed because of an accounting maneuver called the Repo 105, a loophole that has since been closed. The Lehman Brothers used the loophole to:
The company suffered a $2.8 billion Q2 loss on its financial statements in June 2008, which was combined with the Korean Development Bank failed takeover. Investors lost confidence in the company, causing its stock price to drop by half its value. Lehman Brothers had lost $3.9 billion by September 10, 2008, and the next day its stock dropped another 40 percent. Not even a week would go by and the company’s stocks dropped another 90 percent, which resulted in it filing for bankruptcy. The whole event caused global markets to drop, which meant the scandal was a big part of the global financial crisis at the time.

8. Tyco: Another Giant Brought Down by Fraud

Tyco International was a conglomerate with operations in dozens of countries around the world. Like Enron, it used mark-to-market accounting to hide billions of dollars in losses.

Tyco also engaged in a practice called “earnings management.” This is when a company manipulates its reported earnings by timing expenses and revenues in a way that boosts short-term profits at the expense of long-term growth. For example, Tyco would often delay recognition of operating expenses until after the end of a reporting period so that they wouldn’t drag down its reported earnings.

The fraud came to light in 2002 when Tyco’s new CEO discovered that top executives had been stealing hundreds of millions of dollars from the company. The stock price plunged, and Tyco ended up having to pay $3 billion to settle SEC charges related to the scandal.

WorldCom was one of the largest telecommunications companies in the world before it imploded in an accounting scandal that dwarfed those of Enron and Tyco.

The fraud at WorldCom revolved around something called “capitalization of line costs.” Basically, WorldCom was classifying operating expenses as capital expenditures so that they wouldn’t show up on its income statement. This allowed WorldCom to inflate its reported earnings by billions of dollars over several years.

When the fraud was uncovered in 2002, WorldCom’s stock price collapsed and it filed for bankruptcy soon afterwards. In total, WorldCom’s fraud amounted to more than $11 billion— making it one of the largest accounting scandals in history.

Work with Trusted Professionals Who Care

Those who perpetrate accounting fraud are always eventually caught, whether because a whistleblower tells someone or the SEC notices suspicious activity. An honest accountant or tax professional can check the books for you, and will be able to tell you whether your suspicions of fraud or negligence are warranted.

If you suspect accounting fraud at your company, or have any questions at all about corporate taxes and other tax concerns, contact Silver Tax Group today! We’ll be happy to set you up with a tax accountant or other tax professional who can help you address any fraud-related or other questions you might have. 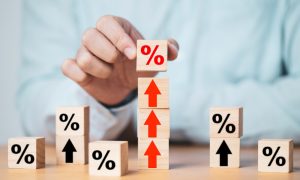 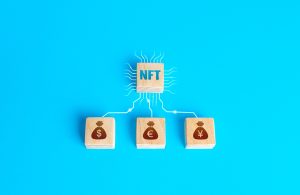 Taxes on NFTs – The Guide to Avoiding Future Problems

Everything to Know About the IRS Criminal Investigation Division 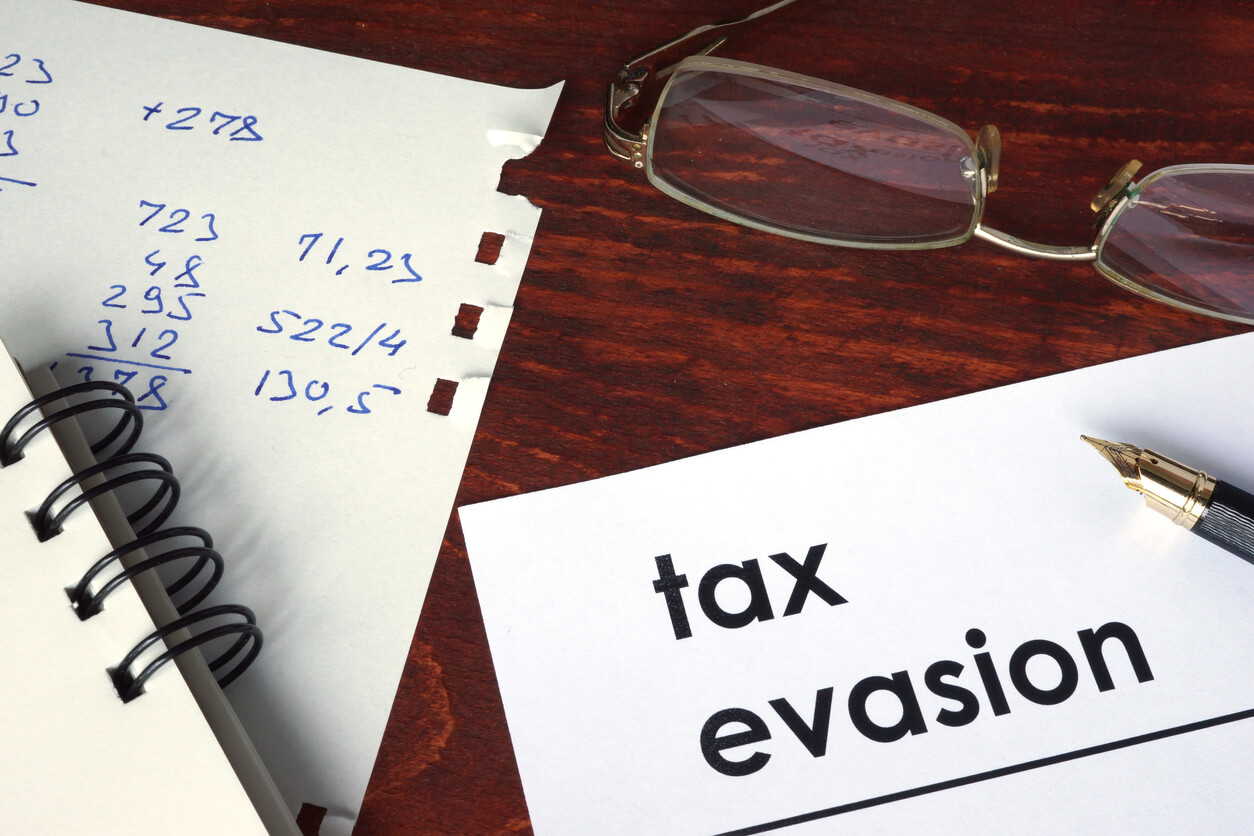 What Happens If You’re Accused of Tax Evasion?

Tax Fraud: What’s A Felony And What’s Not