Many hard-working Americans dream of using offshore tax havens to protect their money. When you work hard for your income, it can be frustrating and demotivating to see so much of it taken out of your paycheck for income taxes. It’s understandable to want a solution — and to want to be able to keep more of the money you earn.

Tax havens can be that solution, but it’s essential to understand what they are, how they work, and where to find the best ones before you get started.

What is an Offshore Tax Haven?

A tax haven is an offshore location where both businesses and individuals keep their money to legally avoid paying taxes in their home countries. Here are a few facts:

Opening offshore accounts allows you to take advantage of strong banking systems in other countries, protect your financial assets against corrupt governments or weak economic systems, prepare for foreign investments, and diversify your currency while paying lower taxes.

Tax avoidance and tax evasion are two different things. Most importantly, one is legal and one is not. Avoidance is simply working within the law to pay the least amount of tax possible, while evasion involves fraud, forgery, and lies to limit your tax liability.

Working with offshore financial centers has a stereotypical vibe of mystery, secrecy, and shadiness. It’s often associated with money laundering and drug cartels. While there certainly are people who evade U.S. taxes, there are others who simply take advantage of loopholes in the tax laws to protect their money and limit their tax liability. U.S. corporations like Apple, Nike, and Skype use those loopholes to maximize their corporate profits. This type of corporate tax avoidance is legendary — and common.

When you follow the rules, file the appropriate paperwork, and pay the taxes you still owe, you’re not doing anything illegal. You’re using tax havens to protect your money and your future.

How to Transfer Money to a Tax Haven

To create your own offshore account, you will need some documentation — the exact requirements depend upon your chosen country. This will most likely include:

The process can take longer than what you might expect at home, as these financial institutions are focused on stopping illegal activity. It’s a good idea to work with a tax advisor that has experience setting up offshore bank accounts and working with the laws governing the money you keep there. You may still have to report offshore income to the IRS, and failing to do so comes with severe penalties. In one case, an entrepreneur was ordered to pay more than $1 billion in penalties and back taxes.

There are tax shelters all over the world, from Europe to the Caribbean to individual states within the U.S. Here are a few of the best:

There are many other countries that can be considered tax shelters. The one you choose will depend upon your unique financial situation and what you’re hoping to accomplish by opening an offshore account.

Why Work With a Trusted Tax Advisor

Tax policy is constantly changing, and many overseas territories are under pressure to create tax reform that is less advantageous to companies and individuals. You also need to take care to file the right paperwork every year in all your tax jurisdictions to ensure you don’t get audited by the IRS or accidentally do something illegal.

Experienced tax advisors are up-to-speed on deadlines, changes in tax policy, and the rules and regulations in the tax haven countries you’re considering. They can help you save time and money while taking the confusion and a lot of the stress out of the process of setting up your own offshore accounts.

Taking a step to protect your wealth by setting up an offshore account with a tax haven country is a big decision, but you don’t have to go it alone. Contact Silver Tax Group today to discuss your offshore tax haven questions, or to speak with an expert about any other tax-related concerns you might have. 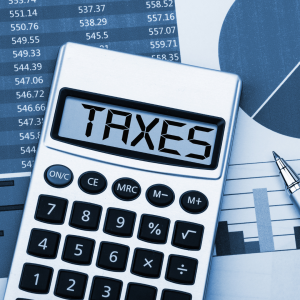 Form 8938: Who Needs to File the Form and What’s Included?

Let’s end your IRS tax problems. Fill out the form below and we’ll provide you with a completely free, no obligation consultation.